Online bingo is a bingo game played on the Internet. It was launched around 1996, with an estimated global gross yield of US$500 million in 2006, though this does not include the US. Unlike balls in traditional bingo, online bingo uses a random number generator. The earliest online bingo games were free for interested players who would just provide their demographic information in order to play. Players received ads based on their location. But before becoming the popular online game that it is today, bingo already had a long and interesting history. 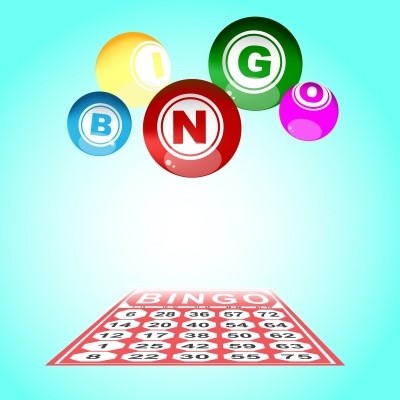 Bingo as a European Lottery Game

Bingo originated in the 1500s as a traditional lottery game called “Il Giuoco del Lotto d’Italia”, in Italy. It travelled to France in the 1700s and was called “Le Lotto”. It was traditionally played by rich Frenchmen and had evolved as it reached Europe. Their version featured 27 squares arranged in nine columns and three rows with numbers from 1 to 90 randomly placed in the squares. This version is still what we see in bingo halls and online sites today. Back then, it was also played by having a caller pick a number and read it aloud. If the number was in the player’s card, they would mark it. The first to cover an entire row or horizontal line won.

In the 1920s, bingo went to North America where the name evolved to “Beano”. Players shouted “Beano” when they covered all the numbers in a row. Legend has it that a toymaker from New York named Edwin Lowe was the one to be credited for the name “Bingo”. The man was travelling when he passed by a carnival in Georgia. He checked out the place and stumbled upon a group of people playing “Beano”. The caller would pull wooden disks from a cigar box and shout the number while players seriously waited for the number on their card to be called and placed a bean over it when they heard it.

The game would end when an entire line was filled and the winner shouted “Beano”. Edwin Lowe could not shake the idea from his head, so when he returned home, he created his version of the game. He used a board, a numbered rubber stamp and dried beans. With his friends, he started enjoying the game. His friends liked it, and this was believed to be how the game became the game we enjoy today.

Bingo has gone through many variations – and it has also invaded the worldwide web via online bingo sites. That means wherever you are and whenever you want, you can enjoy playing bingo. The game became popular because it was a fun recreational activity; while to some, it was a good way to gain money. Whatever the reason is for playing bingo, be sure to play it legally and with a trusted operator.